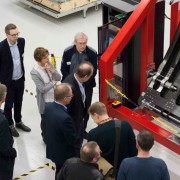 HDD has been part of the project and investigated the effect of lighter, simpler and more robust motor electronics on the efficiency of the actuator system.

“The aviation industry strives to reduce aircraft weight, thereby lowering fuel consumption which in turn, leads to a reduced impact on the environment,” says Maria Weiland, Contracts Manager for the GF Demo project.
“GF Demo has developed the next generation of lightweight structures and systems for cargo hold doors in civilian aircraft. The entire demonstration door was assembled from significantly fewer components due to the ingenious and advanced utilization of components technology and electromechanical system instead of hydraulics. Among other things, we managed to reduce the weight by more than 15 percent and have eliminated hydraulic oil, which has resulted in a door that has lower impact on the environment.”

More information about the project can be found here:
www.gfdemo.se

And here is an article in the Swedish newspaper Corren from the Final presentaiton day:
Så ska Saab bli grönare – Corren 2016-03-16 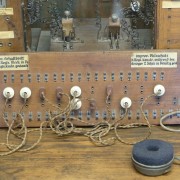 We have had telephone problems the last few days. We believe the problems started on Monday afternoon and they have now been fixed.

So if you have not been able to reach us, please try to call us again and we’ll make sure to pick up.